Protection of people, building and assets from a fire is a paramount concern to any organisation. Keeping a site safe is not the only priority but with the risk of physical damage and financial loss resulting from a fire, there is also the risk to operational performance and reputation, so a reliable and responsive fire system is required that can respond rapidly to any situation. For many businesses such as data centres, museums and heritage sites, the right protection not only needs to protect your investment but also ensure uninterrupted business operations.

Early warning fire extinguishant systems and detection technology can detect a fire and automatically release a fire suppression agent to eliminate fire within seconds. Stopping a fire within the first few moments can reduce or avoid damage to equipment and assets and subsequent loss of operational productivity. Globally established, Kentec, a leading manufacturer of life-critical control systems, has a range of extinguishing control panels which play a key role in protecting vitally important information and assets.

Taktis® is Kentec’s most powerful and sophisticated analogue addressable fire panel. Intelligent and technically robust,  it has enhanced integration and networking capabilities to meet the current and future needs of small to larger buildings  and installations.

As a truly open protocol panel it offers installers and their customers maximum flexibility in systems’ design,  site-customisation and the third-party devices that they use. Not only does Taktis provide solutions to the most technically challenging applications in life safety, it will also deliver  added value, market advantage and a competitive edge  to your business.

Initially configured as a fire detection and alarm system, the flexibility of Taktis® is such that it can be re-configured to realise many other control and indication applications, with direct integration into intelligent buildings.

Available in four and eight slot variants, Taktis fire control panel ranges from two to 16 detection loops. Taktis can network up to 127 panels, making it ideal for the largest sites including schools, hospitals, multi-site retail/supermarkets, critical infrastructure and major commercial and industrial facilities.

Multiple protocols can be supported on each panel to give installers and end-users maximum choice in their systems’ design, and the scalable nature of the product provides the highest level of future-proofing and networking possibilities. 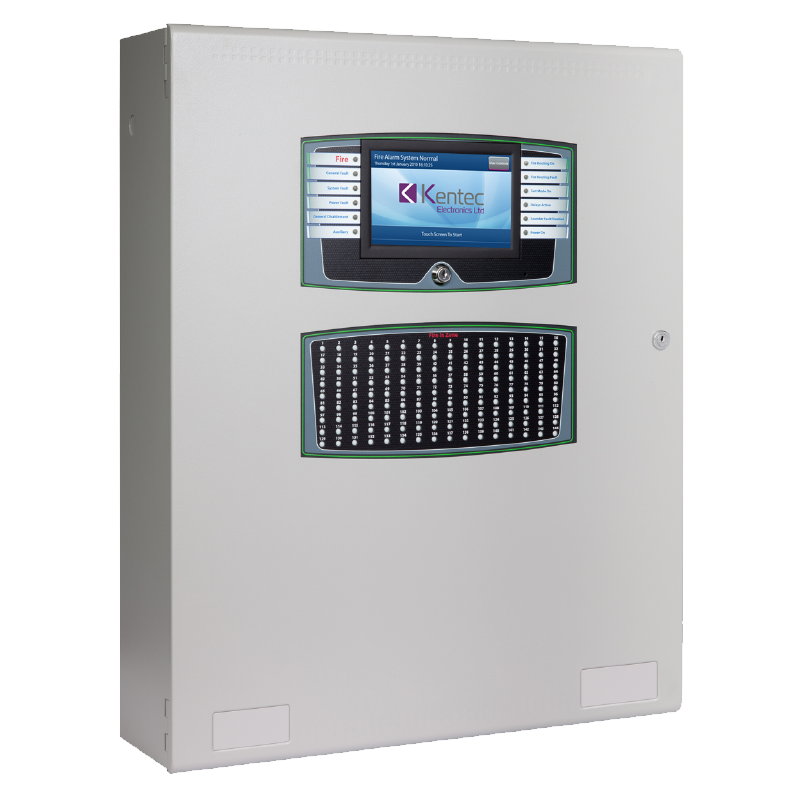 A development of its proven Sigma XT range, the Sigma ZXT provides controls and indications for a single-area extinguishing release system, enabling targeted extinguishing that limits damage and reduces costs. Three conventional detection zones provide the alarm ‘trigger’ required to activate the release of extinguishant, and the system can be configured to release the extinguishant on an alarm from any single zone or combination of multiple zones.

The system, compliant with EN12094-1, can also be configured to provide two extinguishing outputs, either working together as common outputs or as main and reserve outputs. The latter results in the connection to two sets of extinguishing gas cylinders, which enables the customer to return a system to a functional state, quickly, following a release.

The Sigma ZXT has an event log which records event data from the panel such as alarms, faults, configuration changes etc. along with a time and date stamp. This historical visibility is critical for diagnostics, identifying the cause of alarms and faults, as well as reasons for activations. Up to 1000 events can be stored within the panel which can be viewed through the LCD or can be downloaded and saved using Kentec’s LE2 software.

The accreditation ensures that the fire detection and alarm system components are compatible and communicate with each other at the most critical stages of a fire alarm operation – providing installers and end users complete peace of mind that multi-manufacturer, open-protocol systems will work together with total reliability.

EN54-13 is a rigorous and complete system test procedure that proves the compatibility of all the different individual components and that they work together as a system.”

Why is EN54 important?

End users and specifiers are often demanding systems that are ‘open protocol’. This means the manufacturer of the panel may be different from the devices, and importantly where the specifier can use the best technology from the market while not having to compromise on certain elements of the choice of devices because of a closed nature of the system and the limitations associated with a single source manufacturer.

EN54-13 overcomes this compromise and ensures that full compatibility of the entire system and panel network is achieved and certified by an approved certification body such as the LPCB.

It ensures that the fire detection and alarm system components are compatible and communicate with each other at the most critical stages of a fire alarm operation and where different component manufacturers (ie panels, detectors, beam detectors, call points and sounders, etc) test their equipment as a system and not as individual items.